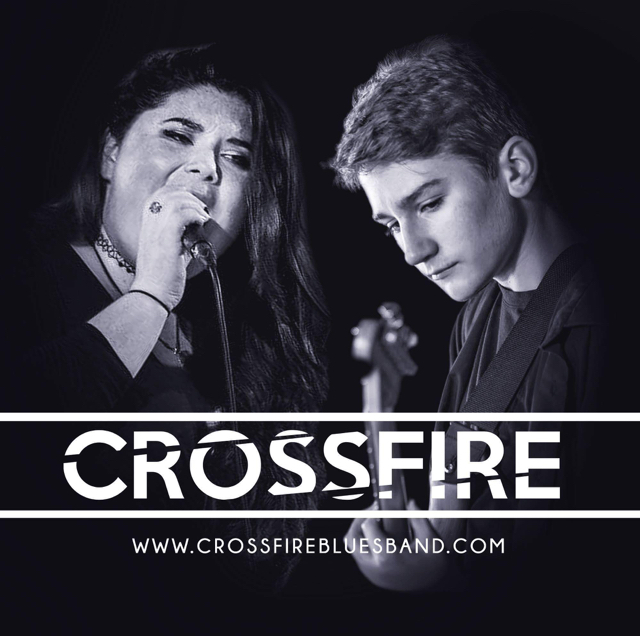 Marcus and Alice were guests at Blues Bar Tring at the December 20 Christmas show as friends of East West Maxwell Street. They brought the house down with young maestro Marcus’s outstanding guitar work and Alice’s resounding vocals to die for.

The Blues is in good hands with these two awesome young musicians.

CROSSFIRE Blues Band is a charged and captivating live show of old school blues mixed with elements of soul, funk and jazz, and has been rapidly gaining traction on the UK live music scene since its conception.

Crossfire was formed in 2017 by Marcus Praestgaard. Described as an old blues soul in the form of a 15 year old accomplished guitarist, Marcus was nominated for the UK Young Blues Artist of the Year Award in 2018. Marcus is influenced by B.B. King, Albert Collins, Robben Ford, Jimmy Herring and Larry Carlton.

Graham Walker provides the solid groove on drums, delivered with the sure handedness of a man who has worked with the likes of Gary Moore, B.B. King, Albert King, Albert Collins, Mick Jagger and George Harrison.

The amazing session drummer Martin ‘Magic Johnson is sitting in for Graham Walker who is unavailable for this gig.