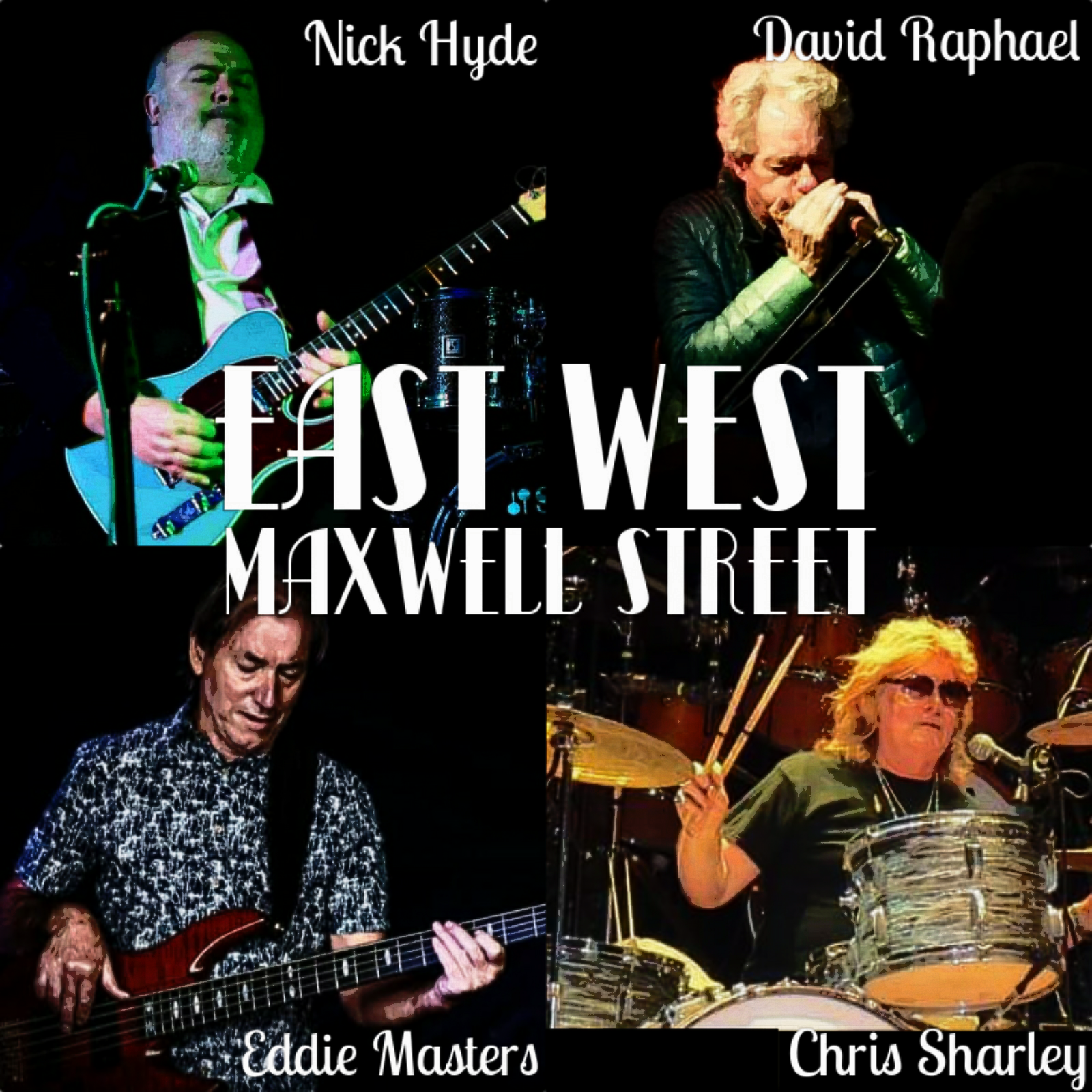 The East-West Maxwell Street Band take their name from old Maxwell Street in Chicago that runs from East to West and was host to a cosmopolitan bustling impromptu ghetto market and the birth of Chicago Blues.

In the 1930s and 1940s, when many black musicians came to Chicago from the segregated South, they brought with them outdoor music. But when the early blues musicians began playing outside on Maxwell Street – the place where they could be heard by the greatest number of people – they realised they needed either a louder than standard Resonator guitar or amplifiers and electrical instruments in order to be heard. Over several decades, the use of these new instruments, and the interaction between established city musicians such as Big Bill Broonzy and new arrivals from the South, produced a new musical genre – electrified, urban blues, later coined, “Chicago Blues.”

This amplified, new sound was different from the acoustic country blues played in the South. It was popularized by blues giants such as Muddy Waters, Little Walter, Bo Diddley and Howlin’ Wolf.

Band photos copyright © Laurence Harvey and many thanks to Laurence for allowing us to use them.

Join Waitlist We will inform you if more tickets become available. Please leave your valid email address below.