George Shovlin and The Radars

George Shovlin and The Radars 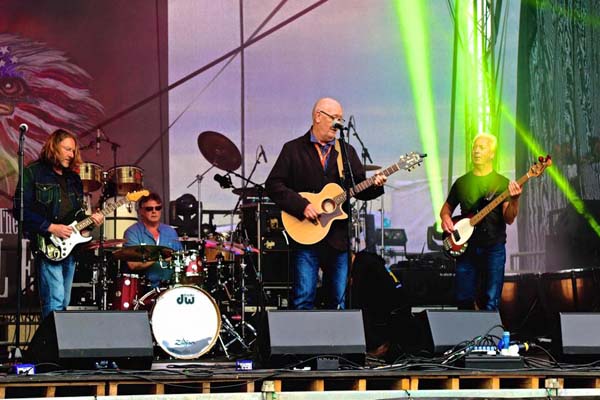 Originally played as the George Shovlin Blues Band, between 1995 and 2005. In 2014, the same band re-formed as ‘George Shovlin and The Radars’ with the prime intention of establishing themselves on the National blues scene.

In 2017 they played at the Durham and Cleethorpes Blues Festivals and then Thornhill, Darlington, Southport and Bowness Bay Blues Festivals in 2018. In March, 2018 the band embarked on a hugely successful 4-date tour of SE England.

‘The George Shovlin Band’, and then ‘George Shovlin and The Radars’, have had, and still do have, one musical direction…white Europeans playing blues in the 21st Century. Everything they play is rooted in black American music that emerged in the early 20th Century and which has continued to evolve up to the present day. Much of their earlier music was radical rearrangement of familiar…and sometimes less familiar, blues. Songs like Muddy Water’s ‘Long Distance Call’, Furry Lewis’ ‘Pearline Blues’ and Brownie McGee’s ‘Sportin Life’ have undergone radical re-working. But at the same time the band has begun to explore how to present their own material, without loosing their blues base.

‘George Shovlin and The Radars’ is not a ‘rock band’, but nor is it a band attempting to reproduce authentic early sounds. It is a band trying to produce the blues of ‘now’…and it is not unrealistic to describe their music as “blues/rock”. The success of the band in that aim can be reflected in the list of festival performances since they reformed:

The band’s latest album ‘Nothing To Lose’…11 self-penned songs, released March 1st 2018, went straight to number 1 in the IBBA Top 40 and was named as one of the four ‘albums of the month’ for March. Exciting times!