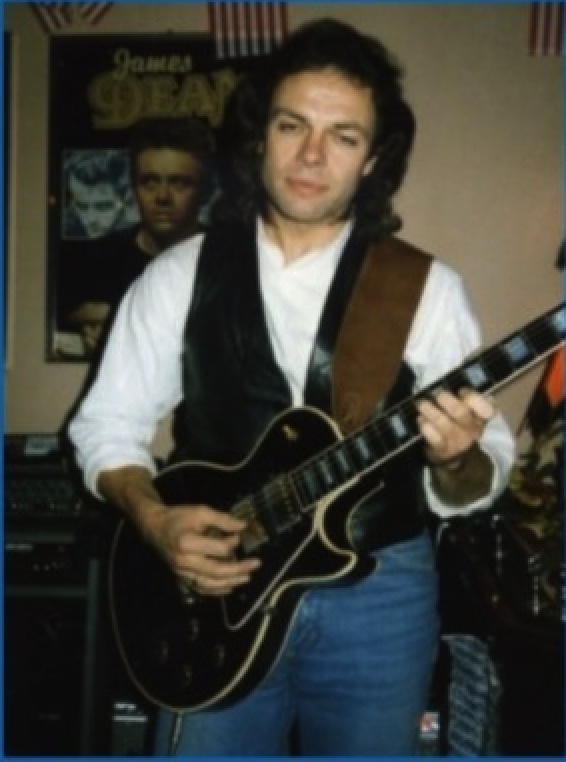 Green on Green:  A four-piece band of highly experienced musicians which reflect the Blues style and Music of Sixties’ guitar icon Peter Green and Fleetwood Mac and Classic Blues.
​

Martin started his band career with Ian Lloyd Bluesmen before joining the Chicago Sunsets (later the Sunsets) who were pro-active in and around London blues clubs in the 1960s, supporting musicians including Peter Green, John Mayall and Johnny Copeland.

Forty-three years later, after a chance meet up with old friend Tony Williams who had played bass and handled the vocals in the Sunsets, came the idea of forming Green on Green, rekindling their mutual love for Peter Green and the blues.

Mike has been playing guitar since the age of fourteen, inspired by the British blues boom of the sixties, particularly the music of John Mayall with Peter Green, Eric Clapton and Mick Taylor.

The tone and feeling of such iconic music have remained at the core of his musical influences when performing with a variety of blues and rock bands.

Mike is delighted to have met up with Martin, Tony and Andy to work on recreating that special passion brought to the blues by the great Peter Green.