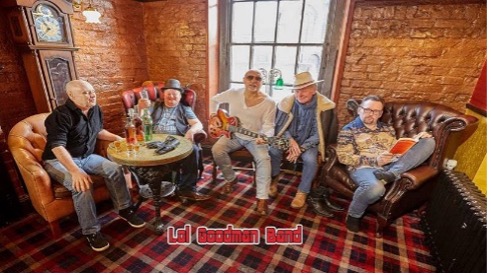 Probably the most original band on the road today, by sticking to their guns and playing almost exclusively original blues/rock inspired material, the Lol Goodman Band are building a reputation as THE BAND to see on the blues circuit. With three critically acclaimed albums of all original material to their name, a record deal with RIGHT TRACK RECORDS to distribute “Just Wanna Say” and all future releases through UNIVERSAL MUSIC GROUP and appearances at top UK blues clubs and major festivals, this is the MUST SEE, MUST HEAR, MUST BOOK band. 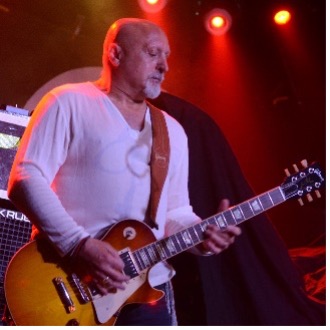 Lol first picked up a guitar aged 10 and had started writing his own material by the time he was 14. Early influences were always the blues / rock bands of the late 60’s and early 70’s such as Cream, Free, Fleetwood Mac and Humble Pie.

At aged 15 played his first paid professional Gig in the North East of England with a bunch of guys much older, so Lol wasn’t yet driving but was certainly having a huge amount of proper grown up fun!

Later formed a band that was together for nearly 12 years. Travelling Man became a renowned band on the North East circuit but in that environment found it difficult to find venues that would accept original material, so they ploughed on playing their own revamped version of rock covers.
Life, marriage, kids, a career outside of music took over until some 20 years ago Lol hooked up with the “DOC” with them both playing twin lead in a successful Manchester based Band.

Lol Goodman Band was formed in 2013 to much critical acclaim in the Blues /Rock genre, quickly booking up their diary in the blues clubs and festivals in the UK, on the back of the catalogue of original material written by Lol.
The Band has and always will evolve, not standing still and keeping fresh through an evolving change of highly talented musical personnel working alongside Lol and the Doc.

Lol has had his hard times in his personal life and does suffer from Depression which in 2016 and 2017 caused him to seek proper professional help. The upside of this is that this has contributed to him writing some great personal and heartfelt blues songs.
With 3 Albums released to date, a Record deal with Right Track Records and a global distribution agreement with Universal, the Lol Goodman Band now moves into the next chapter with the planned release of a new 4th Album in the Spring of 2019. Whilst Lol and the DOC, are fulfilling their musical ambitions in reverse, they both have a strong belief in the quality of what they create, and that quality will see the band gain the recognition they crave. 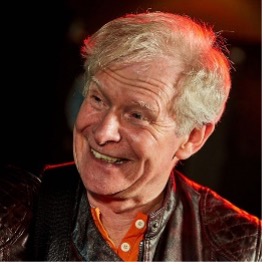 https://www.lolgoodmanband.com/artist/james-horrocks/
James started playing the guitar at age 15 in the (very) early 70’s.
He formed his first band 18 months later; the ‘Wild Dog Blues Band’ which morphed into prog rock band ‘Gollum’ all based around his home town of Nottingham.
Playing was interrupted at 18 when he made the decision to pursue an ‘alternative ‘career choice of medicine.In the early 90’s like-minded friends encouraged a return to playing in public and this led to a sequence of bands including rock’n’ soul band ‘Reflex, and twin lead rock band Wysiwyg.The Doc. then started to play bass around 25 years ago which lead him to join The Lol Goodman band.
He recently added the mandolin to his repertoire of musical skills.
The Doc has now transferred to Guitar adding his amazing style to the band
James “the Doc” undoubtedly is a walking encyclopedia of ROCK knowledge – there literally is nothing he doesn’t know. 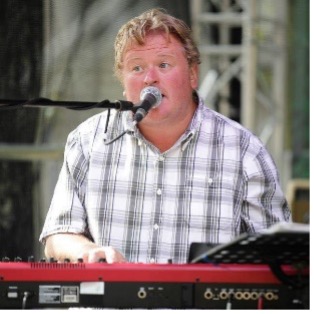 https://www.lolgoodmanband.com/artist/tony-nicholls/
Tony is a piano/vocalist with 35 years of experience. Tony started playing the piano at the age of 9 and turned professional at 20 years old. 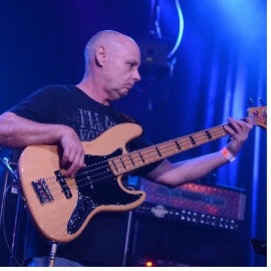 https://www.lolgoodmanband.com/artist/paul-edgley/
Paul joined the Lol Goodman Band following a hugely successful career spanning over 30 years as a much sought after session musician.
Paul has played all over the world as a “Bassman for hire”, including long spells on the cruise ship circuit, and with International bands backing top named Artists.
He is a fluent sight reader and classically trained on Piano and Cello and is an extraordinary Bass player. 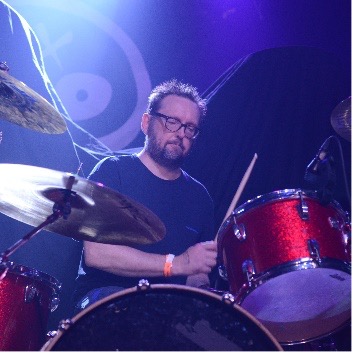 https://www.lolgoodmanband.com/artist/rick-lacey/
Rick is widely regarded as one of the finest Blues Drummers in the North West of the UK.
He has played in Chicago, New Orleans, France, Sweden, Denmark, Portugal and Spain and has gigged at most of the major UK Blues Festivals with a number of bands
Rick toured with Robert Lucas, a sensational Blues musician from Los Angeles on two visits to the UK. Robert later became the Front Man for Canned Heat.
He also toured the UK with Joanna Connor, a highly respected singer/guitarist visiting from Chicago. This resulted in an invite to go to Chicago to play there.
Rick spent 5 years as a co-presenter on the BBC Lancashire Radio specialist show The Lancashire Blue Notes with Nick Dow, a show dedicated to Blues Music. This also included organisation and working to help increase the profile of Blues bands in the Lancashire region.

Join Waitlist We will inform you if more tickets become available. Please leave your valid email address below.