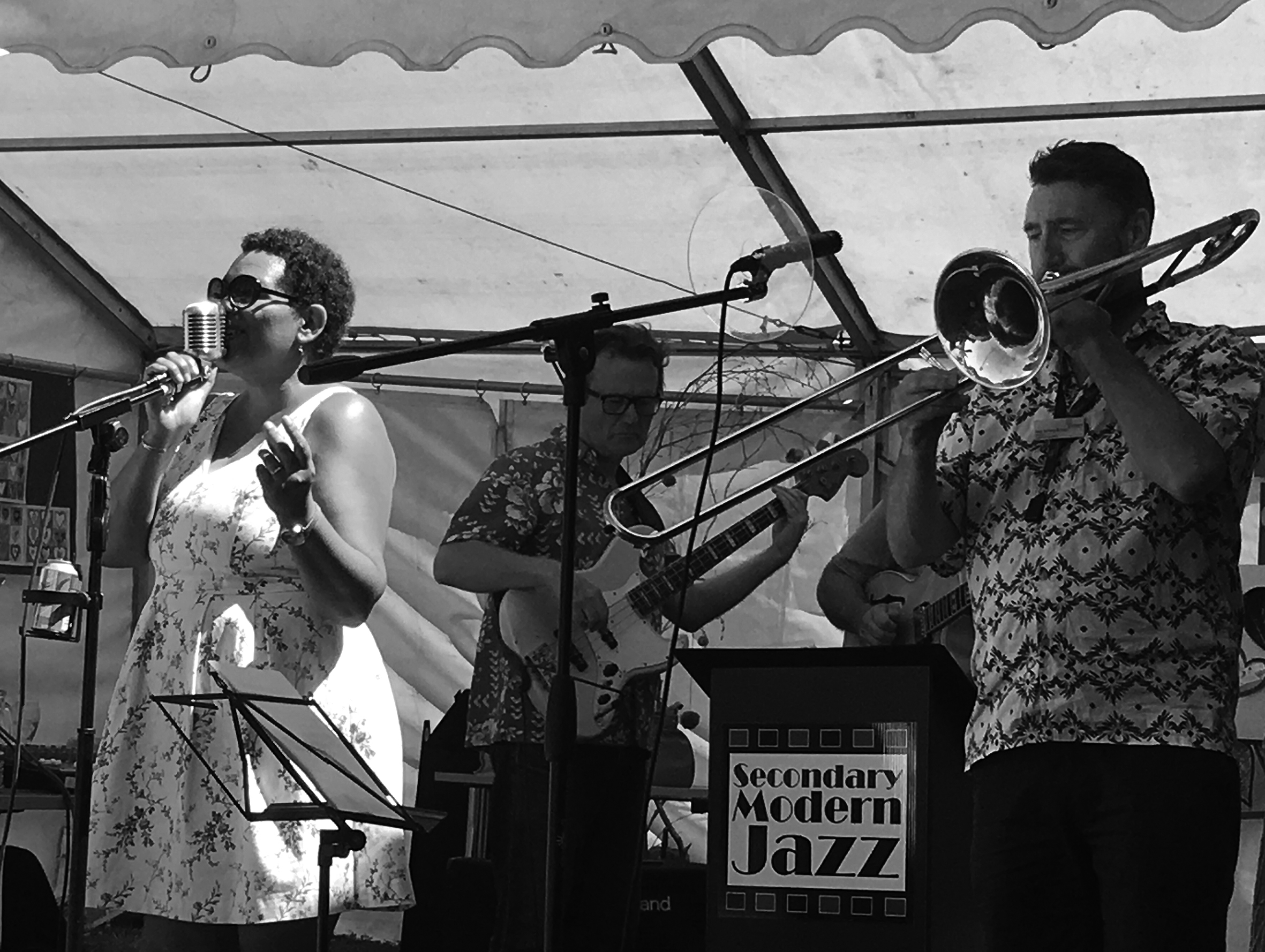 Secondary Modern Jazz are a quartet based around the wonderful voice of Rachael Brown. This is for people who like their jazz laid back and soulful. Expect an evening of jazz standards, perhaps with a few surprises thrown in.

Rachael has sung in various bands and genres over the years. Working with SMJ brings her back to her roots where she started – singing jazz in high class London hotels. Rachael has that rare ability of being able to connect. Her beautiful vocals can’t fail to lift the spirits of her listeners.

Supporting The Hospice of St. Francis

The Hospice of St Francis is a charity which helps 2,000 local people and their families, in Hertfordshire and Buckinghamshire, to live their precious lives well through improving symptoms, achieving personal goals and helping them to feel safe.

Neil Soutar has been playing guitar for over 35 years. Starting off as a fan of guitar based, early ’70s rock music, he soon found his way to jazz, and became hooked on listening to players like Joe Pass, Jim Hall, Pat Metheny and Grant Green. Neil lives his music and there’s a real depth and authenticity to his skilful playing.

Colin Edwin is one of Australia’s finest exports. Probably best known for his fretless bass work with prog rock band Porcupine Tree, he has played and recorded with many different artists in lots of different musical styles. At heart Colin is a jazz fan and there is a lovely feel and solidity to his fretless bass playing.

Ray Ashley-Brown served as a musician in the RAF and in the Coldstream Guards. For years he has played in big bands and small groups. Music is one of the ways he relaxes and sustains his spirit – a welcome contrast to his job as the Head of Spiritual Care at the Hospice of St Francis. Ray’s playing is not about technical fireworks, but melody, groove and, above all, the wonderful sound the trombone can produce when treated with respect.