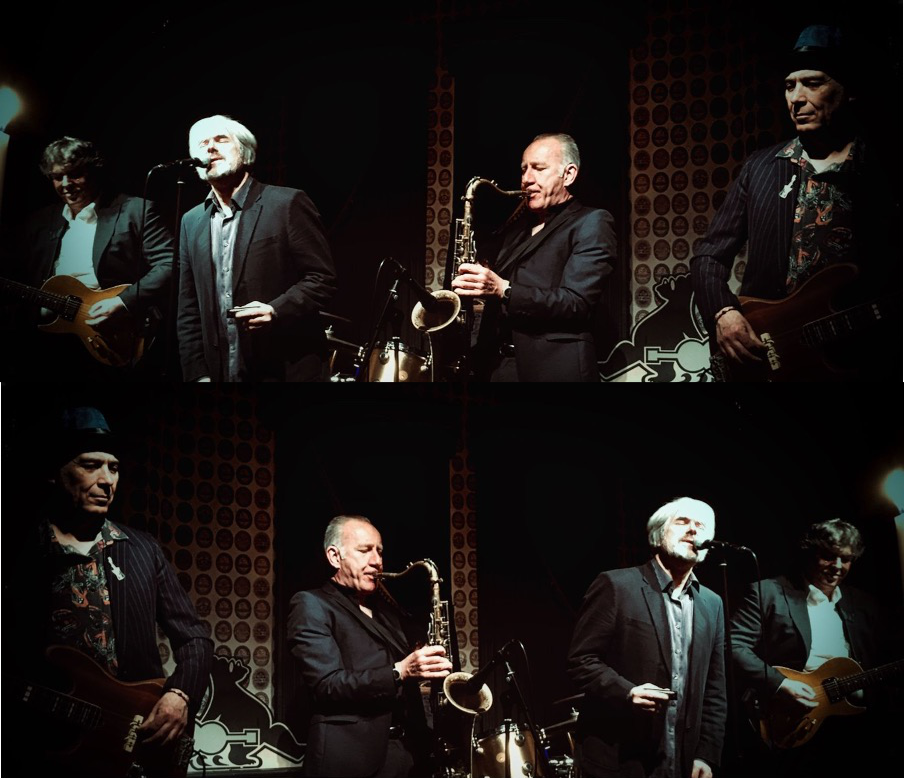 EVERY NIGHT IS DIFFERENT, BUT THE GROOVE IS ALWAYS THE SAME. WITH THE SHUFFLEPACK, THE DECK IS ALWAYS STACKED WITH THE BLUES

Buy your ticket for The Shufflepack at the David Evans Court Theatre Tring.

Five guys, none of them named Mo, but still out to play swinging R&B and shuffling blues.

That’s proper R&B, kids, not RnB, that funny new stuff they do now.

What you get is a taste of 1950s Chicago, with a bit of 1940s here and there. Which means Howlin’ Wolf, Sonny Boy Williamson, Wynonie Harris, Jimmy Reed, Muddy Waters and the well-known apiarist Roosevelt ‘The Honeydripper’ Sykes. Not forgetting the three Kings: Freddie, Albert and B.B.

In between, there’s a fair dose of 21st Century Chilterns, with original blues by Son Maxwell, and his reinterpretations of old blues classics like Evil and Shame ShameShame. Fortunately, they still sound an awful lot like 1950s Chicago; none of that noisy blues rock, thank you very much. Check out Storm Warning for that.
If you like your blues cool and yet, somehow, hot, The Shufflepack are your men.

Every night is different, but the groove is always the same. With The Shufflepack, the deck is always stacked with the blues.