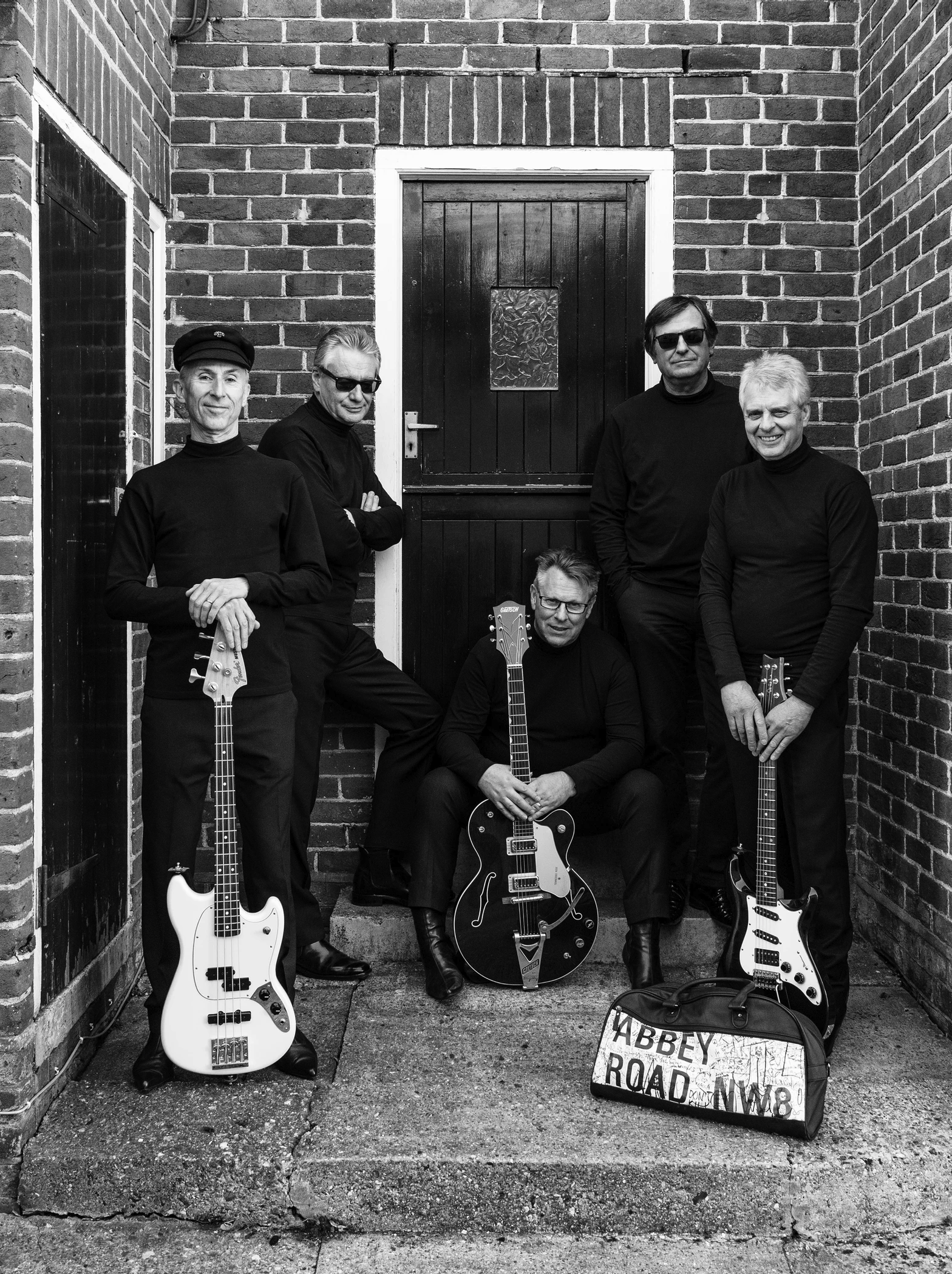 Introduced in 2019 by music entrepreneur David Stopps as “in my opinion, one of the top Beatles bands in the World”, The Dung Beatles celebrate The Fab Four’s virtuosity with faithful musical renditions of hits and album tracks from every year of the group’s career.

Buy your ticket for The Dung Beatles on Sunday the 13th December 2020 at the David Evans Court Theatre Tring.

Since their formation in 2013, highlights have included playing at The Cavern in Liverpool, live sessions on BBC, sharing the bill with Marillion, John Otway and Howard Jones at a sell-out charity concert in 2018, performing Abbey Road at the world-famous Friars Club, playing Towersey Festival main stage alongside Hothouse Flowers and The Selecter, and mini-tours to France.The band normally lines up as a five piece, but for special occasions and signature gigs, we may be joined by our four piece horn section.