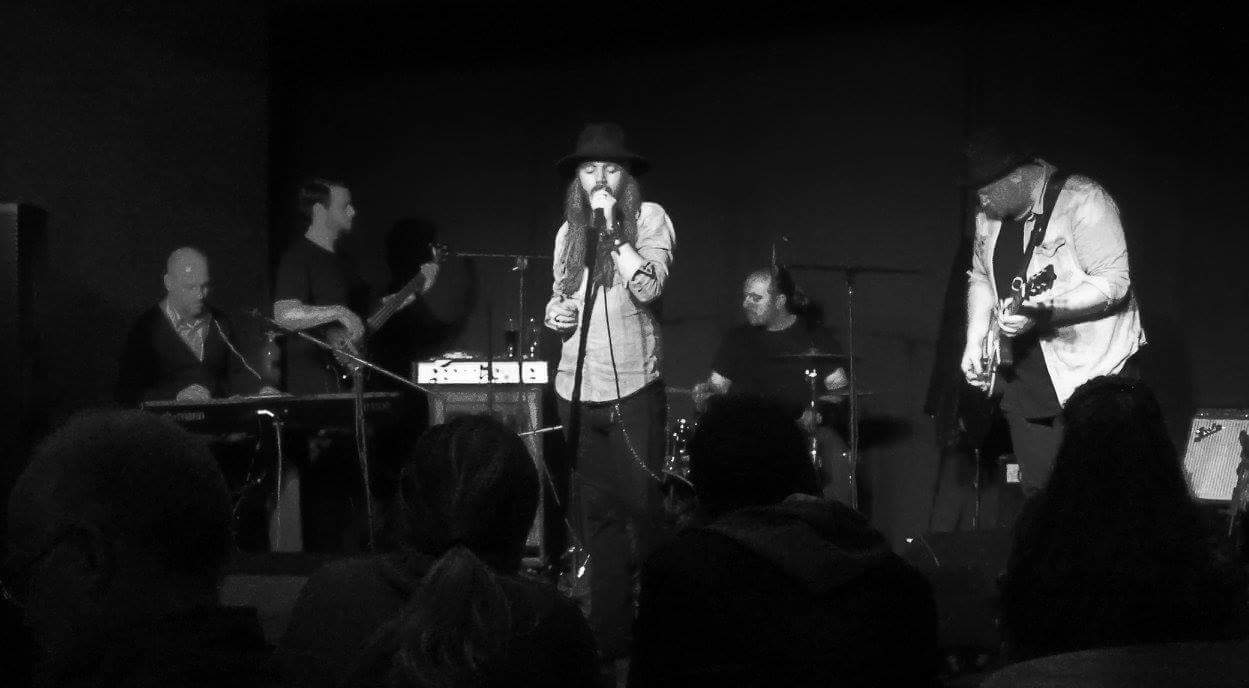 Formed in late 2015, The Head Hunters Blues Band quickly became one of the most notorious blues bands on the North West club scene with a no compromise attitude to playing “nothin’ but killer blues” building a reputation across their home town of Liverpool and the region. That reputation took impressed their fellow musicians Seafoam Green, who invited ‘Slackjaw’ Jonnie and Big Bill Riding to play the music of Muddy Waters at sold out perfomance of The Last Waltz at the Liverpool Philharmonic Hall, gaining some high praise from former Beatle Pete Best who said the band took him back to his youth.

Buy your ticket for The Headhunters Blues Band.

The band are often joined onstage by some well known faces. Albie Donnely of Supercharge, Ian McNabb of Icicle Works fame, keys player G Lewis of the Paul Rodgers band and guitar player Aaron Keylock to name a few.
Jim Gilespie of the Potteries Blues Club gave the band a glowing revue,
“This is now a really top blues band, certainly amongst the top ten in the UK, who are moving to a different level and firing so smoothly & easy on all five cylinders”

2019 started with a bang, “Back From The Delta”, the bands debut album comprising of songs from old and some almost forgotten delta blues artists, reworked to an electric / Chicago sound, was released with critical aclaim.

Blues In Britain Magazine said “This is a brilliant album, they have created a very special feel to the blues they play, Back From The Delta is an album of songs from the delta blues treasure trove, loving overlaid with generous coating of Chicago Style gloss. This is a very impressive interpretation of the blues spectrum. you need to catch them live”.

Paul Winn of blues radio echoed those comments with ” “Back From The Delta” is an absolute class album” And high praise indeed from Muddy Waters son, Mud Morganfield, who commented “I love the slide work, very cool”.

The band toured that album for a month, a full run in the UK and a debut run in Europe. This year has seen more time on the road, as well as festival spots at Colne Blues Festival, Darlington Rhythm and Blues Festival and Not The Newark Blues Festival. A handful of those festival appearances coincided with another tour, this time the bamd went on the road to celebrate Muddy Waters “Fathers and Sons” album’s 50th anniversary, with the blessing of ‘Mojo’ Morganfield, Muddys youngest son who is a huge supporter of The Head Hunters Blues Band. Currently, the band are playing various residency shows and shows on the road, with plans to tour the UK and Europe in February 2020.

David Fishel, Jazz MC and Mersey Radio presenter said, “The Head Hunters are not only the best blues band in Liverpool, they’re the best in the country, it won’t take too long for the rest of the country to figure that out”.

Headhunters at the Blues Bar Tring