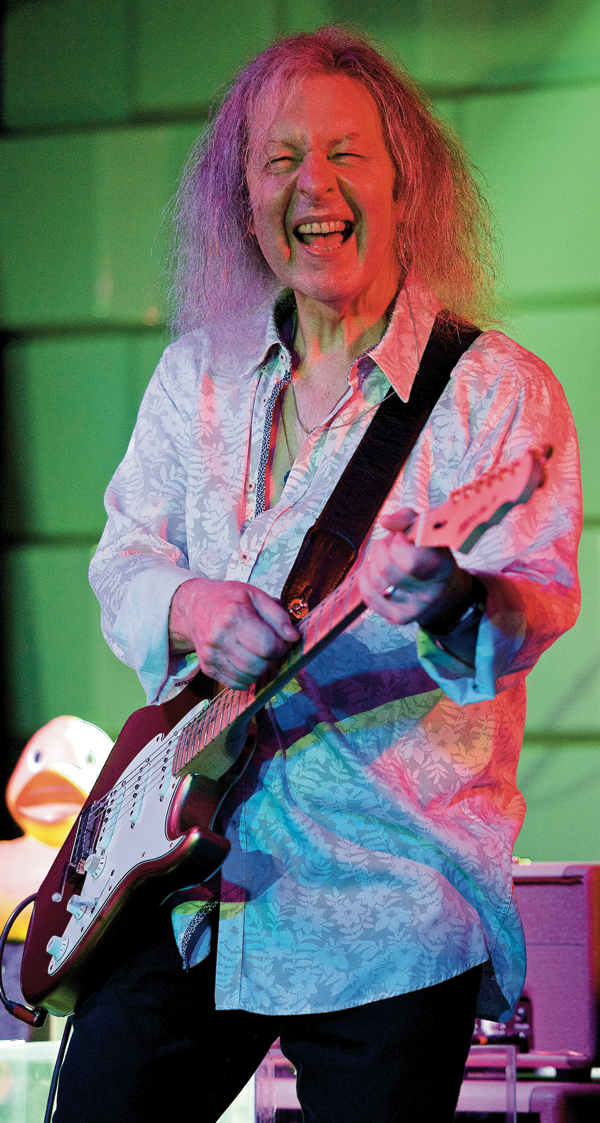 John Verity is the man and musician who is ‘blue to his soul’ and has been one of the most consistent performers on the British blues rock circuit for many years, since the early days opening for Jimi Hendrix, Janis Joplin and others in the US and then his time as frontman with Argent.

After many years spent primarily in the studio recording and guesting with musicians who have included Colin Blunstone, Ringo Starr, Motorhead, Saxon and The Zombies, John is experiencing a musical renaissance. Over the last few years he has travelled the length and breadth of the UK pleasing old friends and gaining new fans as evidenced from the quotes below:-

‘And while John Verity is still in mighty fine voice, strong deliveries with a deceptively high upper range, it’s his prowess with the beloved Fret-King Corona ‘JV’ signature guitar that truly does the talking. This can be heard to maximum effect on numbers such as the expressive and autobiographical ‘Hope for the best’ and the weightier, pulsating blues rock of ‘Blues in Heaven’. Bang on about Joe Bonamassa all you want but in the smaller but no less rich arena of blues clubs, festivals and theatres then John Verity, for tone and touch is your player of choice.

Matt Edwards has appeared at the Blues Bar several times in the past and he will be doing a solo warm up for John Verity. Matt is an immensely talented guitarist. Matt is a songwriter/vocalist/guitarist that stands out in the UK Blues scene. A self-taught multi-instrumentalist he is inspired by a huge wealth of musical genres. From blues to rock, jazz and funk to folk – his style of writing showcases subtle flavours from all styles and gels them into a strong Alternative Blues Rock offering.

‘Nothing compares to seeing JV live, up close and personal or on the larger stages and festivals with his signature Fret King guitar as John’s guitar playing and singing are a joy to behold. What marks him out from others is his timing and feel which are close to perfection.’

‘Great songs and performances, John not only has a great voice for his material but his exceptional guitar playing almost segues voice and guitar into one.’

‘That voice really sings and the guitar talks. He just gets better and better. How does he keep improving? – The singing, the playing and the writing? – Talent!’
‘You are left under no illusion that you are in the hands of a proper musician and vocalist who would have no problem filling a stadium, packing out any club and bringing a festival audience to their feet. Go see him!’

‘This festival truly can throw up some magical moments, in 2016 I saw The John Verity Band for the first time, his set was absolutely amazing and his rendition of Hendrix’s ‘Purple Haze’ was breath taking. So much that I can truly say I’ve travelled the length and breadth of these islands to see him since including North Scotland, Glasgow, Whitehaven and Minehead. He re-kindled my passion for blues rock, not bad for an auld metalhead! Thank you so much John and I look forward to seeing you again soon.’

‘One of the finest, most listenable guitarists and bluesmen I know. John has a real rock solid voice that just seems to get better with age.’
The John Verity Band features:-

In John’s words, ‘Whatever I do is always going to have a blues/rock edge and I feel that this is the thread which ties it all together’.

Here’s some music from John

Nothing but the Blues