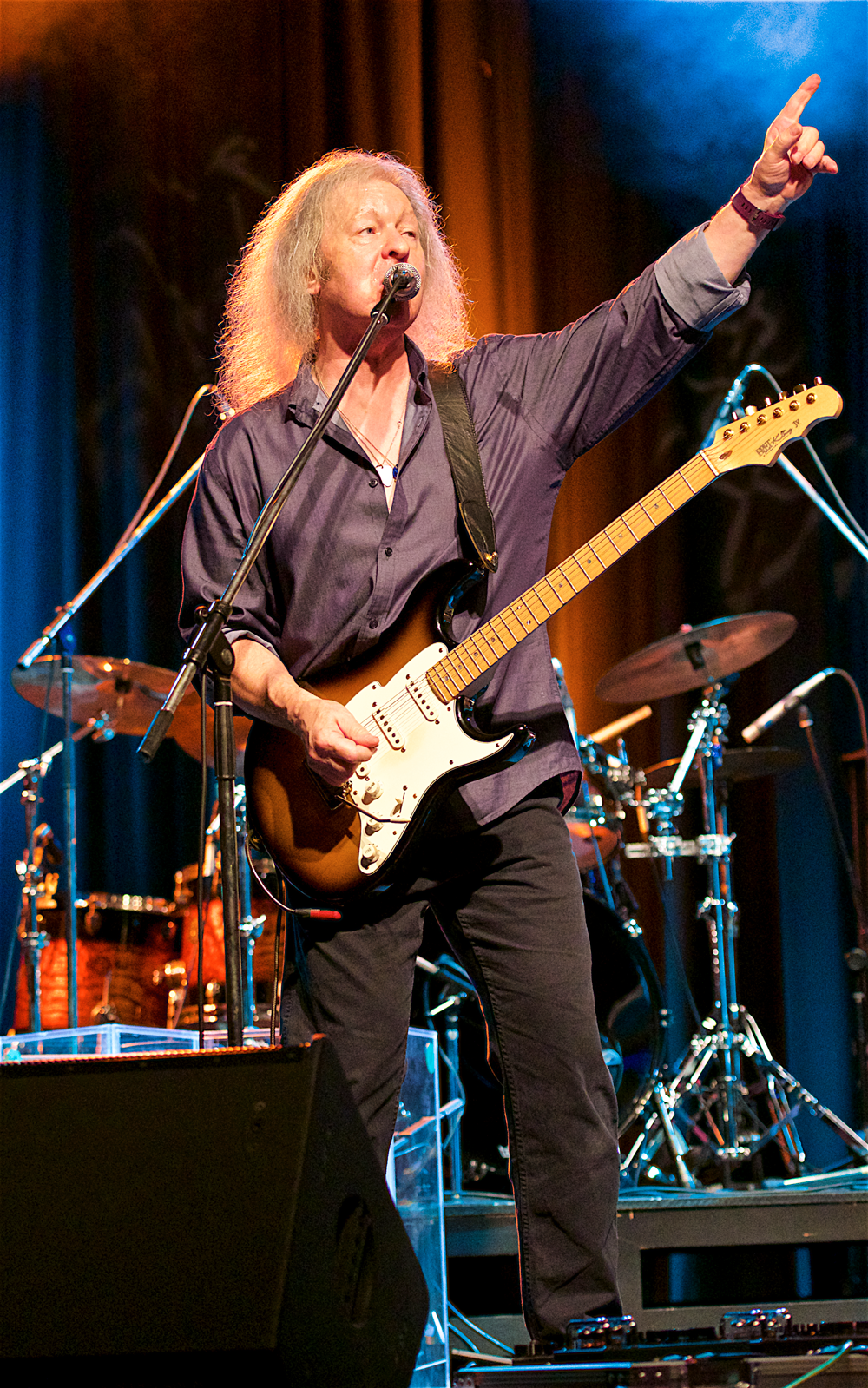 John Verity is the man and musician who is ‘blue to his soul’ and has been one of the most consistent performers on the British blues rock circuit for many years, since the early days opening for Jimi Hendrix, Janis Joplin and others in the US and then his time as singer and guitarist with Argent.

After many years spent primarily in the studio recording and guesting with musicians who have included Colin Blunstone, Ringo Starr, Motorhead, Saxon and The Zombies, John is now experiencing a musical renaissance.

Over the last few years he has travelled the length and breadth of the country pleasing old friends and gaining new fans wherever he and the band go:-

‘Nothing compares to seeing JV live, up close and personal or on stage, as John’s guitar playing and singing is a joy, whether it be soulful acoustic or driving amplified in style.’

‘What marks him out from others is his timing and feel which are close to perfection.’

‘Great songs and great performances, John not only has a great voice for his material but his exceptional guitar playing almost segues voice and guitar into one.’

‘That voice really sings and the guitar talks. He just gets better and better. How does he keep improving? – The singing, the playing and the writing? – Talent!’
‘This festival truly can throw up some magical moments, in 2016 I saw The John Verity Band for the first time, his set was absolutely amazing and his rendition of Hendrix’s ‘Purple Haze’ was breath taking. So much that I can truly say I’ve travelled the length and breadth of these islands to see him since including North Scotland, Glasgow, Whitehaven and Minehead. He re-kindled my passion for blues rock, not bad for an auld metalhead! Thank you so much John and I look forward to seeing you again soon.’
The John Verity Band features:-

In John’s words, ‘Whatever I do is always going to have a blues/rock edge and I feel that this is the thread which ties it all together’.

Here’s some music from John

Nothing but the Blues