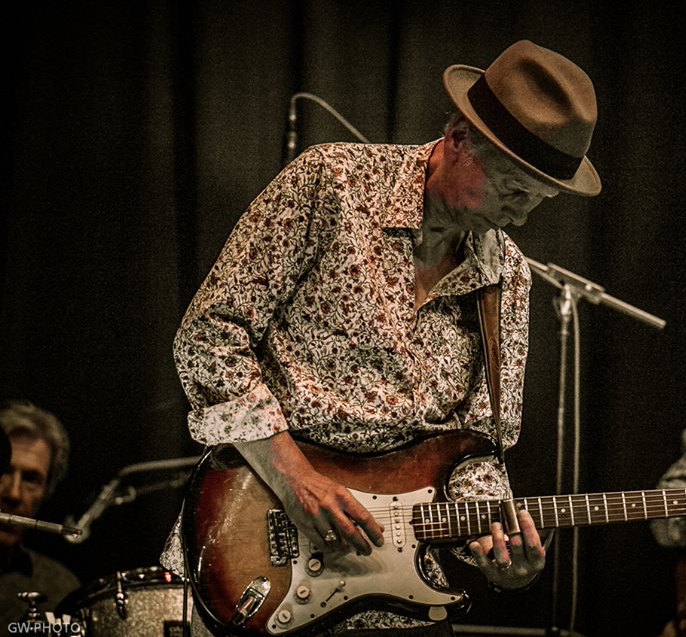 Nigel Bagge……. smoky vocals, sensitive guitar, blues with a touch of soul, country and rhythm’n’blues. As the original guitarist in Nicky Moore’s Blues Corporation, he toured The UK and Europe. He later became the guitar-man for 10 years with Angela Brown (Chicago blues diva) and her band The Mighty 45s. Apart from touring much of Europe and head-lining major festivals, Nigel’s guitar was captured by legendary producer, Mike Vernon on Angela’s album: “Thinking Out Loud”. This work also included a performance from Carey Bell on Harp and a ghostly sample of the late, great Willie Dixon. Recorded in 1998, it went on to be Blues Album of the Year! Since leaving the Mighty 45s in 2006 Nigel has worked with such legends as Fleetwood Mac’s Peter Green, Chris Farlowe and Miller Anderson.

Buy your ticket for Nigel Bagge at the David Evans Court Theatre Tring.

My favorite track of Nigel’s was “Am I losing you?” see below, however, Nigel sent a link to his version of John Hiatt’s “Feels like rain” and this is now my firm favorite. Have a watch & listen, sublime vocals and guitar with great keys and drums with Eddie Masters on bass.